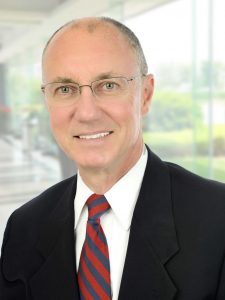 Thursday, June 25, 2020, was Dr. Feinstein’s last official day at South Jersey Eye Associates. While we are sad to see Dr. Feinstein move on to his next chapter, we thank him for his many years of care, service, and dedication to the vision needs of his patients and the community.

Dr. Feinstein received his Bachelor of Science and Doctorate of Optometry from the Pennsylvania School of Optometry. He was accepted into the school—without a bachelor’s degree—based on the strength of his academic performance at the University of Pennsylvania. Dr. Feinstein went on to complete his practical optometric training in General Optometry with Alton A. Williams, OD, in Wilmington, Delaware.

After graduating from Pa College of Opt, Dr. Feinstein joined Dr.Richard Appel, later to be the president of the NJ State Board of Optometry, in his practice in Monmouth County. In early 1980, Dr. Feinstein returned to his home town of Bridgeton to open his private practice of optometry. He was joined by Dr. Sidney Goldstein, a longtime local optometrist from 1987 until Dr. Goldstein retired in 1995. He and Dr. Cole merged their practices in 1997. In 1997, Dr. Feinstein was one of the first optometrists in the state of NJ to earn certification in the use of therapeutic agents in treating eye diseases and disorders.

Dr. Feinstein takes a keen interest in advancing the science of vision enhancement. He is actively involved in the eyecare industry, working as a consultant and in contact lens studies for Vistakon, Bausch and Lomb, and Paraperm contact lenses.

A native of Bridgeton, Dr. Feinstein now lives in Greenwich with his wife, Kay Delp, who has retired part-time from her career as a school psychologist. He has two daughters, Rachel and Amelia. In his leisure time, he enjoys bicycling, ice speed skating, and automotive sports.